The Isle of Man Festival consists of three races over the Easter bank holiday weekend; a 10k road race on the Friday evening starting and finishing on the seafront at Port Erin, a hill race on the Saturday afternoon at Peel and a 5k road race on the Sunday morning along the promenade walkway in Douglas. You can enter one, two or all three races depending on how crazy a runner you are! If you enter all three races you are also entitled to purchase a pass for the coach that will transport you to and from Douglas to the start of the races on the Friday evening and Saturday, along with a ticket to the awards ceremony on the Sunday evening.

Numerous universities and clubs attend each year creating an exciting, competitive but also social atmosphere with participants ranging from elite-level runners to those in the most ridiculous fancy dress costumes. The festival has been running for 57 years now and is well organised with chip timing, live stream videos and numerous sponsors resulting in over £4,000 in prize money to be won. 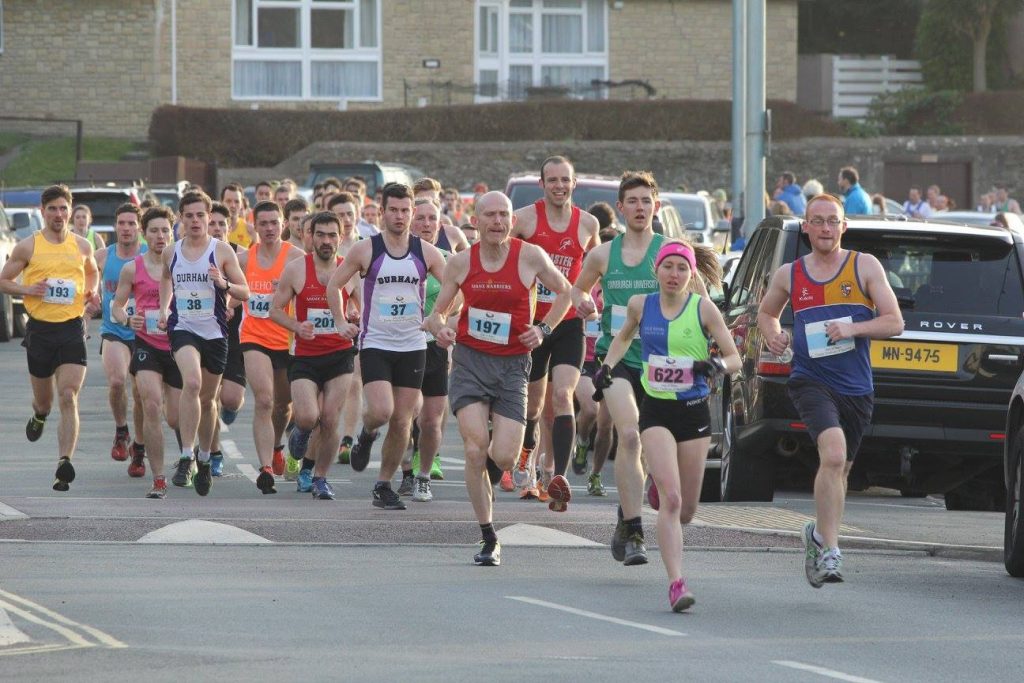 The festival begins on the Friday, with most entrants arriving in the afternoon by ferry from Liverpool or Heysham to Douglas provided by the Isle of Man Steam Packet. However, you can also fly to the island if this is more convenient. Since transport to and from races is provided from Douglas, most people book a bed and breakfast in Douglas and check-in their bags before catching the coach over to Port Erin for the 10k.

Universities make the most of the social atmosphere. Typically the 10k is more of a race to the fish and chip shop, with the faster runners escaping the long queue that forms for traditional fish and chips by the sea followed by a visit to the pubs in the village for a celebratory drink (non-alcoholic for the sensible ones who are saving themselves for the following two races!) 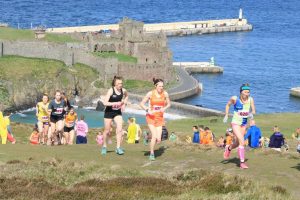 The Saturday starts with a carb-loading full English breakfast for the runners staying in bed & breakfast hotels in Douglas before getting the coach to Peel for the second race of the festival. Females and males race separately, meaning that the women’s race is a little over 4k and just under 6k for the men.  On a beautiful day the views are amazing from the top of the hill and well worth the tough climb to the top, although there’s not much time to enjoy them during the race.

The pub at the bottom of the hill serves free sandwiches after the races, which is a lovely gesture and well-needed fuel after the hill climb. The coach is there to take people back to Douglas, however the 11 miles on foot is usually more appealing to university runners and they choose to make their own way back to Douglas stopping for a few drinks along the way!

For those still standing on the Sunday morning the 5k is a fast (weather dependent) and flat out-and-back race along the promenade in Douglas. This is now a straight 5k race for both men and women, having previously been staged as a 4-leg relay for the men. Some runners take this seriously, however others enjoy themselves after a hard two days of racing and dress up in great costumes some even featuring stilettoes! 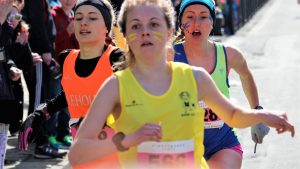 Again there is no hanging around after the race and instead it is straight to the Outback, where there are free chip butties up for grabs for competitors. Some universities then have a quick shower and head out for a friendly football match – as though there hasn’t already been enough exercise on offer over the weekend! 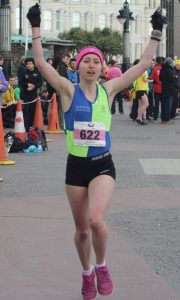 Finally the awards evening takes place at the Outback in Douglas where all the prize money is given out. The awards precede the eagerly anticipated beer racing championships, which is hotly contested by festival competitors and is followed by music which turns the venue into more of a nightclub scene. It’s a fantastic and enjoyable social event providing an opportunity to congratulate runners from other universities and those that you may have been competing against. 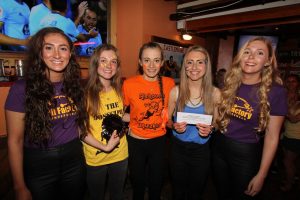 Not only is the Festival an enjoyable experience it is an impressive challenge to take part in. I’ve made great friends and have some incredible memories – some featuring tough winds and steep hills, and others of the dancing, singing and laughing with friends at the costumes and craziness of some of the competitors. The team spirit makes the whole weekend even more enjoyable resulting in many returning year after year to join the fun!

The Easter Festival organising team is extremely grateful to our 2016 women’s Champion Amelia for writing this article.